The challenge of battling privatization

A case study of Swedish water companies
In 2003, during the Third World Water Forum in Kyoto (Japan), Koichiro Matsuura, Director General of the UNESCO called for the creation of a World Cooperation Facility. The Facility, comprised of a network of organizations, would help resolve water conflicts and aid in transboundary water governance. Director General Matsuura’s proposal came in response to the increasingly complex and multifaceted system of global water management, a system sorely needing regulation. As transnational corporations have become involved in water privatization projects worldwide, their actions often generate intense criticism from the affected local communities as well as numerous organizations around the globe. Sweden, long considered one of the strictest environmental regulators among European Union member countries, nevertheless possesses no mechanism to regulate the activities of its own multinational corporations working abroad. As a result, several Swedish-based corporations are involved in water privatization projects outside of their country – projects that would never be allowed within Sweden.

In 1988, ABB, a Swedish water company, formed out of a merger between the Swedish company Asea and the Swiss company Brown Boveri. The firm’s activities are engineering and technology, one aspect of which is power generation, including hydropower. ABB’s divisions act as primary equipment suppliers for many dams around the world, and ABB plants currently account for about 20% of the total world hydroelectric capacity.

ABB claims a commitment to sustainable development. The corporation asserts that it meets or exceeds the local environmental legislation in the countries where it operates. Contrary to ABB’s assertions, however, it often falls far short of meeting these standards. One example is ABB’s involvement in carbon-offset trading. The corporation constructs hydropower plants in the global south and then trades the carbon emissions saved by hydropower with countries in the global north, thereby allowing them to continue operations without reducing their own carbon emissions. The result is the global south being forced to suffer the effects of dams and carbon sinks, while the global north makes no effort to reduce carbon emissions. 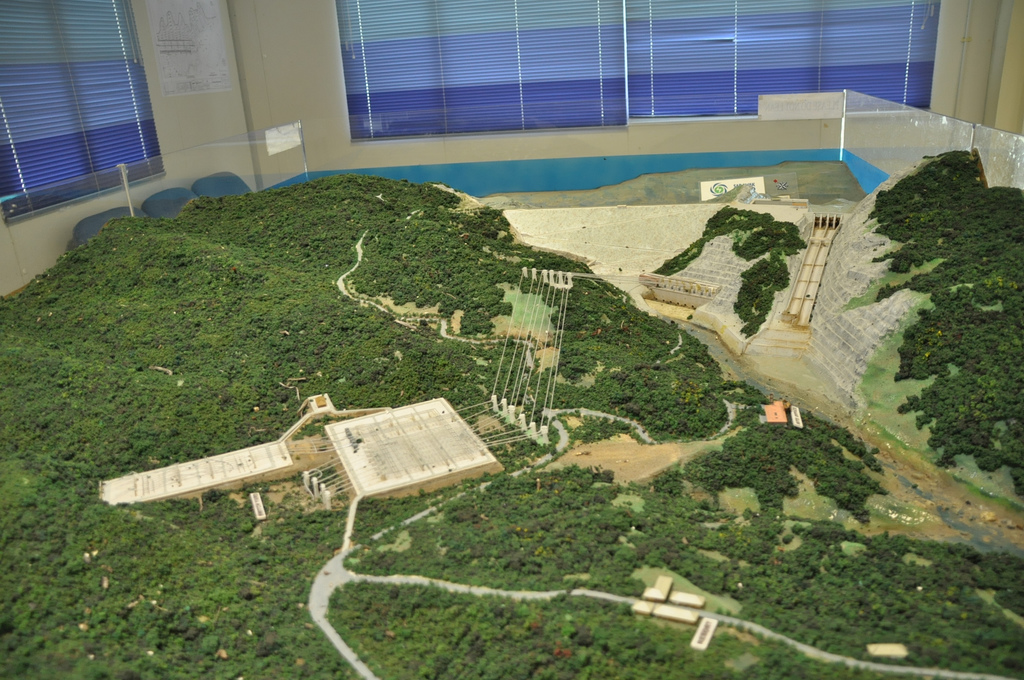 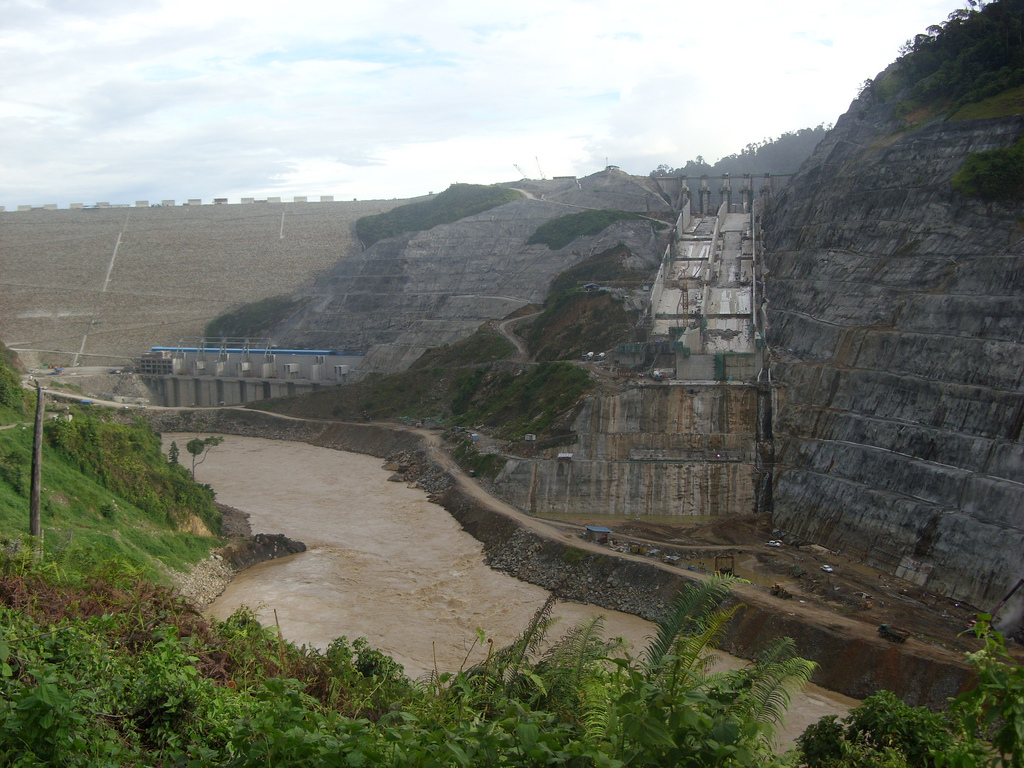 Bakun Dam overflow structure view. Source: http://www.flickr.com/photos/deehong/1002281416/
Another example of ABB’s controversial projects is the Bakun Dam in Malaysia. ABB’s involvement with the Bakun Dam included a contract to supply all necessary electrical equipment, including six 420 megawatt generators costing a total of $3 billion – the largest contract in ABB’s history. Records show that ABB failed to consult its own environmental impact panel before bidding on the contract, even though the potential for a severe environmental impact was apparent. Furthermore, ABB failed to discuss the effects of the dam with local communities and refused to allow access to the company’s environmental impact report.

Opposition to the dam was pervasive. Within Malaysia, a total of 40 groups jointly formed the Coalition of Concerned NGOs (“Coalition”) to oppose the dam. The Coalition attempted to meet with ABB representatives to deliver a memorandum outlining their concerns about the dam, but ABB refused to meet with the group. As a result, the Coalition claimed that ABB violated their own policy of open communication with stakeholders of ABB projects, which then led the Coalition to question ABB’s business ethics.

In addition to local opposition, ABB’s involvement in the Bakun dam brought widespread international protest. Human rights and environmental groups around the world advocated for ABB’s withdrawal from the project, accusing the corporation of hypocrisy and of violating its own commitment to sustainability and transparency.17 These actions ultimately led the project developers to withdraw ABB’s contract,18 and the dam project is currently on hold while it is reviewed for economic viability.

ABB’s activities in Malaysia illustrate what many argue is one fundamental problem with privatization. The company would not have been able to operate in a similar fashion had this project been in Sweden, and there is no regulatory mechanism in place to control their activities abroad in order to prevent environmental harm.