How will the hydraulic cycle be impacted by climate change? What does this mean for water access and availability? 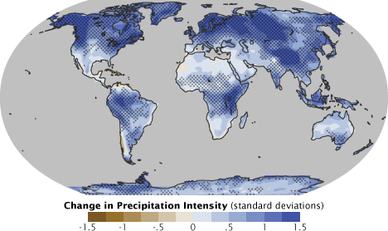 Climate change will intensify the hydrologic cycle, effectively reducing the quantity and quality of fresh water. While climate change analysts predict that there will be stronger rainstorms, these rainstorms will be less predictable and regular and will be accompanied by faster evaporation rates.

The regions most impacted by this change are those that are considered developing or underdeveloped nations, which are mainly located in areas of mid to low latitude where drought will increase.

Changes in the amount of rain falling during storms provide evidence that the water cycle is already changing:

·      Over the past 50 years, the amount of rain falling during the most intense 1% of storms increased by almost 20%

·      Rising temperatures cause snow to begin melting earlier in the year. This alters the timing of stream flow in rivers that have their sources in mountainous areas

The world is already experiencing changes to its water cycle, but what do these changes mean? 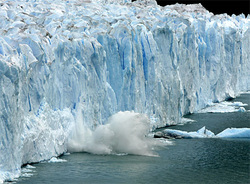 ·      Heavy precipitation patterns will lead to a strain on sewage systems, which in turn will reduce water quality

·      Climate change will lead to sea level rise, which will reduce the amount of fresh water as salt water moves into areas where fresh water was
As temperatures rise, people and animals need more water to maintain their health and thrive. Many important economic activities, like producing energy at power plants, raising livestock, and growing food crops, also require water. The amount of water available for these activities will be reduced as Earth warms, which will in turn increase competition for water resources and raise its market value.