How is climate change impacting access to water, inequality, and the water cycle?

Climate Change will have significant impacts on access to water. What are some of the economic and ecologic implications of climate change on fresh water access and scarcity? 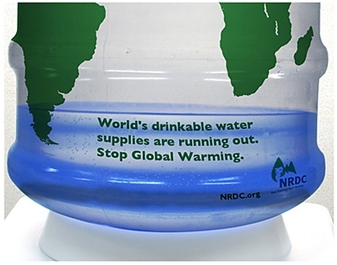 Water access and scarcity are directly affected by a changing climate, increasing its monetary value and decreasing available supply. Climate change influences water by intensifying the water cycle and effectively reducing the quantity and quality of fresh water. While climate change analysts predict that there will be stronger rainstorms, these rainstorms will be less predictable and regular and will be accompanied by faster evaporation rates. The regions most impacted by this change are those that are considered developing or underdeveloped nations, which are mainly located in areas of mid to low latitude where drought will increase.

Climate change is expected to increase demand due to population increase (according to the US Census Bureau, we are projected to reach 9 billion people by 2040), while simultaneously decreasing supply, especially in developing and underdeveloped countries due to their geographic location. So while climate change is impacting many sectors, we still need to figure out how to provide water to a growing population, with increased competition from farmers, ranchers, energy producers, and manufacturers as water supplies grow scarce.

In 2002, The United Nations Committee on Economic, Cultural and Social Rights stated that water should be considered a human right, putting it into the category of a public good rather than an economic commodity.


However, as climate change increases water scarcity, we’ve seen a greater push towards water privatization (which we will get into later) and increased commoditization of water sources. This is because as water becomes scarce, it becomes more desirable. Our global economy follows neoliberal economic policies so it tends to labor under the concept of commoditizing goods that can be commoditized and giving access to those who are able to pay. This being said, over consumption in developed nations increases water scarcity in developing and underdeveloped nations
US Census Bureau (2009) http://www.census.gov/population/international/
The United Nations Committee on Economic, Cultural and Social Rights (2002) http://www.un.org/waterforlifedecade/human_right_to_water.shtml
Dyszynski, Jillian. 2010. “Economics of Climate Change Adaptation in Africa’s Water Sector”. Oxford: The Stockholm Environment Institute.
Turral, Hugh, Jacob Burke, and Jean-Marc Faurès. 2011. Climate Change, Water, and Food Security. Food and Agricultural Administration Water Report. Rome.
United Nations Environment Programme. http://www.grida.no/publications/other/ipcc_tar/?src=/climate/ipcc_tar/wg2/180.htm