Water in an Industrialized world

Water is critical in virtually all industrial processes from manufacturing to transport. It is incorporated both within products and the process of creating them.   Industrial water usage composes approximately 88% of all water consumption worldwide, and over 50% of water consumption within the United States. This usage ranges from industrial agriculture to clothes manufacturing to energy production. Within this, one of the largest consumers of water is the energy industry.  In the United States alone, oil refinement uses over one billion gallons of water per day, relying upon approximately 2.5 gallons of water to produce just one gallon of oil. 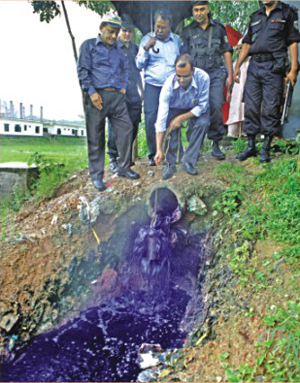 Water is used in virtually all manufacturing processes globally. From making the clothes we wear to the food we eat and all the goods needed for everything in between, water is a necessity. As water becomes a more scarse resource, companies are looking to their water usage as a place where more efficiency is needed.  Through the use of water reducing tips, companies can reduce both their water uptake and their overal ecological footprint.

Manufacturing has implications for water resources beyond usage in production.  Factories, such as textile mills, are major sources of point pollution for streams (such as that seen on the left). The input of chemicals and other effluent into waterways is extremely detrimental, particularly in the developing world where a lack of regulation enables corporations to more readily pollute and continue unsustainable practices.

Water and the Energy Industry 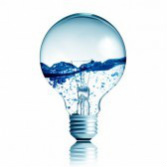 The second largest industrial water consumer is the Energy Industry. Globally, only agriculture uses more water than this industry.  From ethanol to coal, water is vital in virtually every aspect of global energy production. The interaction between energy industries and water is an important one, not only because of the high volume of water consumed in these manufacturing processes but also because of resulting water contamination issues that arise during these processes.  Thermoelectric power production, and the extraction and production of natural gas, coal, and petroleum are all major sources of water usage and water pollution.  As such, the state of global water supply and the state of the energy sector are very closely linked.  This is significant particularly in light of global climate change, which could potentially alter access to fresh water supplies. More information on the effect of thermoelectric power, natural gas, and oil on water supplies can be found here.

The U.S. Economy is reliant upon water. This is most clear in the Industrial world. The Profitability of industry is put at risk by:
As these challenges are faced, the economic value of water will change.  This becomes an important factor when considering sources of pollution and projects that require copious amounts of water. 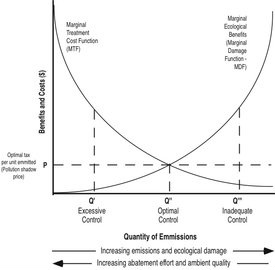 While industrial usage of water frequently results in water pollution, the economic benefit of this pollution must be considered.  This is seen most clearly in the energy sector, as our need for new forms of energy from within the United States grows so too does our willingness to accept more pollution and poorer water quality.  This level of “acceptable pollution” is determined based on a variety of factors, both cultural and economic- but is something that we must keep in mind particularly when looking at industrial usage of water. 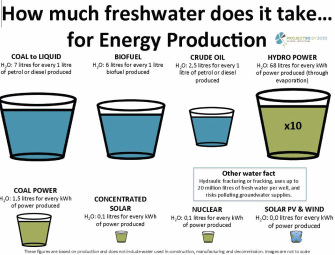