How does climate change affect inequality in terms of water availability?

It is predicted that the least developed countries will be most affected by climate change and the intensification of the water cycle. These countries tend to have the least ability to cope with water scarcity and quality reduction. Lack of funding mechanisms will accompany a host of social and environmental costs, including a decrease of agricultural production in these regions, malnutrition, energy shortages, and conflict over land and resources.

Current and Future Projections for Inequality 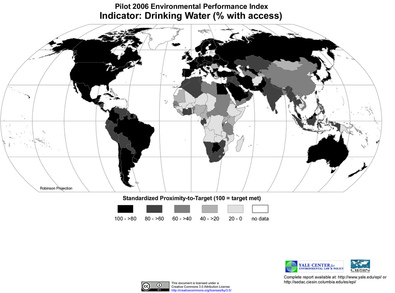 ·      According to UNEP, a region is considered water stressed if water availability is less than 1700 m3/year. 1.6 billion people currently live in countries and regions with absolute water scarcity; this number is projected to rise to 2.8 billion people by 2025.

·      The FAO Water Report (2011) explains that “significant economic value is at risk: the locations studied by the ECA will lose between 1 and 12 percent of GDP as a result of existing climate patterns, with low income populations such as small-scale farmers in India and Mali losing an even greater proportion of their income.”

Climate change and water access pose significant economic implications. However, all is not lost.